If you need ground solar service or repair you've come to the right place! Call or click to get the service you need scheduled.

Are you looking to add solar panels to your business or home's rooftop? Jansen Heating, Air Conditioning & Electrical is ready to come out and give you an estimate for installation. Our certified solar specialists can design and install your solar panels and get your home or business making electricity to power your home or sell back to your local power company.

We're proud to use Solar Edge Converters and Optimizers to get the maximum amount of energy from your system!

A photovoltaic (PV) cell, commonly called a solar cell, is a nonmechanical device that converts sunlight directly into electricity. Some PV cells can convert artificial light into electricity.

Sunlight is composed of photons, or particles of solar energy. These photons contain varying amounts of energy that correspond to the different wavelengths of the solar spectrum.

The PV cell is the basic building block of a PV system. Individual cells can vary in size from about 0.5 inches to about 4 inches across. However, one cell only produces 1 or 2 Watts, which is only enough electricity for small uses, such as for powering calculators or wristwatches.

PV cells are electrically connected in a packaged, weather-tight PV module or panel. PV modules vary in size and in the amount of electricity they can produce. PV module electricity generating capacity increases with the number of cells in the module or in the surface area of the module. 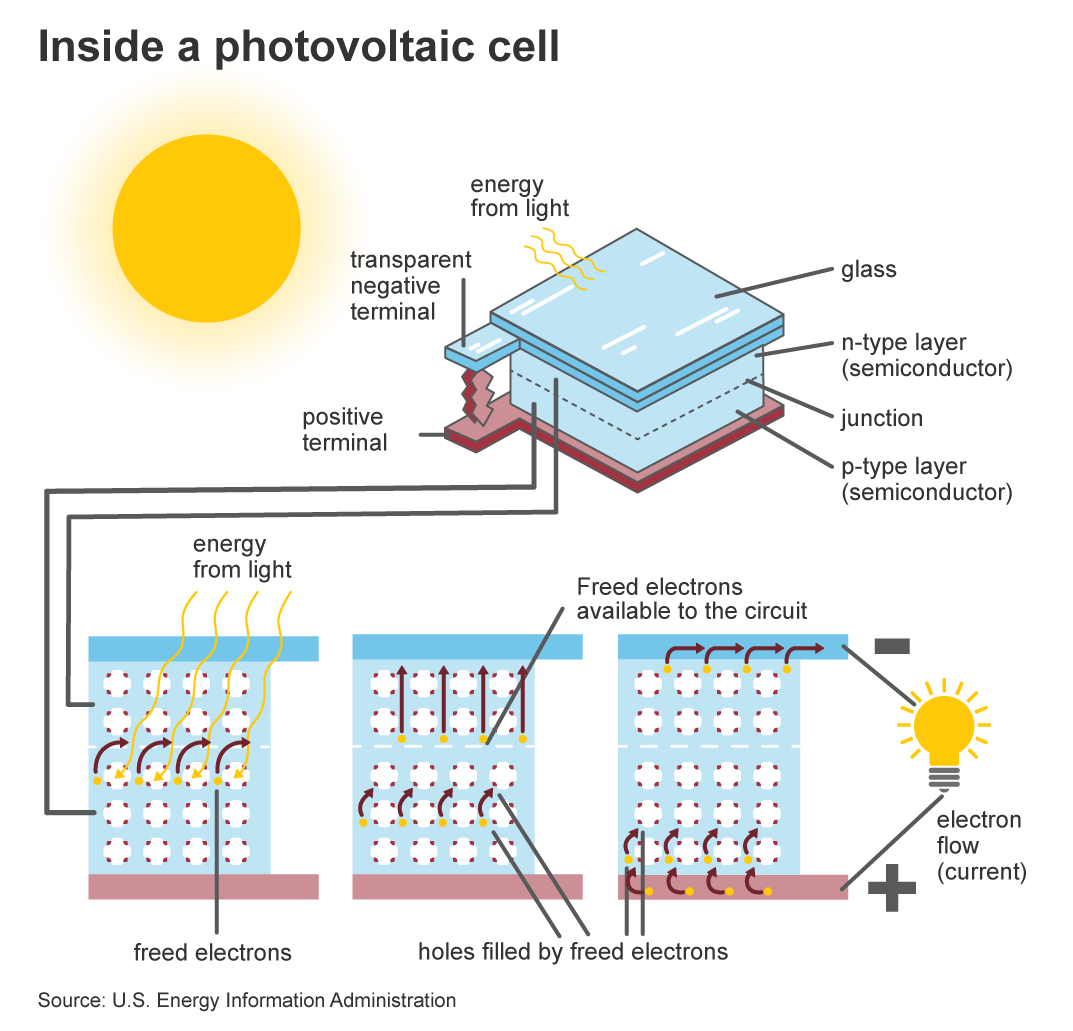 Click below to see the services we offer in your area.